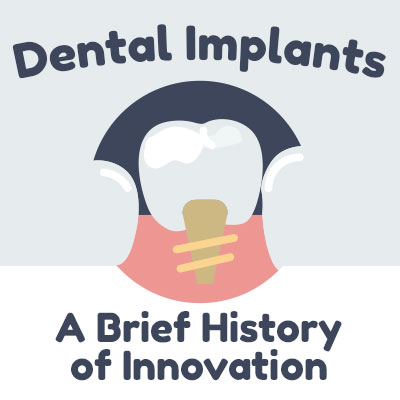 Today’s dental implants boast a long-term success rate of near 97%. Because implants support surrounding teeth, encourage new tissue growth and continued bone formation, and give patients back their chewing ability and full smile, they have become the industry standard for tooth replacement. Today, the Las Vegas dentists of Wagner Dental would like to share some interesting history about dental implants and how we got to where we are today.


Wagner Dental can give you all the information you need about implants as they exist today and everything they can do to bring back your full, healthy smile. If you are curious to discover more about implants or wonder if you could be an implant candidate, contact us today!